Kill the American Dream: The King of Comedy Review 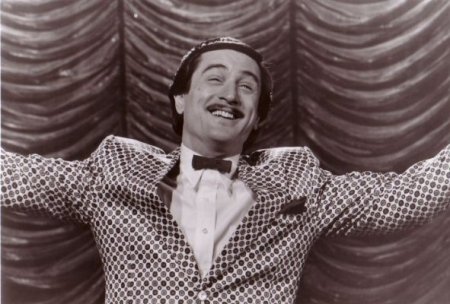 The world is still not ready for The King of Comedy. It bombed at the box office upon its 1983 release, and it remains the most overlooked, misunderstood and under-appreciated film in the collaborative filmography of Martin Scorsese and Robert De Niro. Perhaps the title is too confounding. The King of Comedy is not really a comic film; at least, not in any sense understood by traditional Hollywood conventions. That’s not to say that it isn’t funny. It’s a scathingly funny movie at times. But it’s also disconcerting, painful and ruthlessly honest. More than anything, it’s a condemnation. It’s a spit in the face of modern celebrity culture, of the soulless ghouls who inhabit that world, and the vacuous public multitude that seeks to worship and emulate them. Literally nobody is spared the lash in The King of Comedy. The dead-on characters who inhabit the film’s satirical landscape engage in spectacularly conceited behaviour. It’s a left hook to the jaw of everybody who fell for the cosy lie of the American Dream: that fame and fortune is available upon demand for anybody who wants it badly enough.